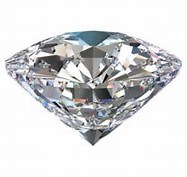 To compare oneself to someone else is a recipe for unhappiness and anxiety. One of my fellow Sunday School teachers refers to this behavior as “compare-tinitis.” It is like an illness that invades the mind and the spirit, and the only cure is to come to see that not being identical to anyone else makes you unique and beautiful. Throughout human history, objects that were considered unique and rare have always been viewed as priceless. To say that a human being is priceless means that no amount of money can buy what you have been freely given by God, including a one-of-a-kind look, personality, spirit, and faith.

Even twins who look remarkably alike have different personalities. I cannot tell my twin granddaughters apart by their looks, but I can by their actions. One of them will keep your nerves on pins and needles as she maneuvers through the world at breakneck speed, trying to do everything that she sees her older brother do. She is fearless and fierce, and no amount of telling her that little girls do not do those things can stop her.

The other twin sits back and watches her sister, and if her twin does not appear that she is going to kill herself by her antics, then she may try to copy her, but more times than not, she just stares in wonder at how fearless her sister is. She prefers to hang around her mother, letting her siblings run, jump, climb, and get hurt in the process. I think that she simply does not see anything that may be painful in the end as fun. They look alike, but both are so unique and I am glad. Otherwise, I would not be able to tell them apart.

Maybe that is why God made us all different, with no molds for repetition, so that people could differentiate us from all the other human beings in the world. Jeremiah 1:5 states, “I knew you before I formed you in your mother’s womb. Before you were born I set you apart and appointed you as my prophet to the nations.” To be set apart is to be given an assignment that only you can fulfill, rendering you and me unique and priceless in God’s eyes. What occurs is that through the media and cultural expectations, there becomes almost a demand for people to be the same, to look the same, to act the same, and with any deviation from what is considered normal, people become labeled as undesirable and inferior.

Therefore, too often, people spend so much time trying to make themselves look like others, dress like others, think like others, believe like others, and live their lives like others. And, life was never meant to be that way! To constantly be comparing oneself to others, particularly in regard to what one does not have that others do, will lead to unnecessary pain and suffering. I know, because I had a extreme case of compare-tinitis that left me willing to suffer physically, mentally, and spiritually to be like other teenage girls.

I could not dress like other girls because my mother did not have the money to buy me the more expensive clothes and shoes. Somehow, I understood that, and while it was painful to know that I could not wear identical clothes, I could live with it. I knew that I did not look like the other girls, especially the pretty ones, because every day other students reminded me that I was the ugly one. While I wished that I could be identical to the pretty girls, or at least to not be seen as ugly, I could live with it. But, there was one area of comparison that seemed to eat away at my soul, and that was that other girls had boyfriends, and I did not have one.

I wanted to be like the girls who had boys carry their books. I thought those were the coolest girls in school. Walking through the halls at school toting your own books marked you as someone no one was willing to claim. For me, it was an outward sign that I was different in a bad way from other girls.

I knew that I would do just about anything to have a boyfriend and be like the other girls, and that is never a good place to find yourself. It is in this place that our sense of value and worth becomes defined, and the absence of what others have that we don’t have renders us valueless in our own eyes, leaving us vulnerable to the cruelty of others.

I did things that I brought me much shame for anyone to know, and still the boys did not make me their girlfriend. I tried to be friends with the pretty girls, thinking that nearness to them would result in attracting one of their boyfriends’ companions. But, I only ended up the brunt of other people’s cruelty, used as a mental, emotional, and physical punching bag for others’ entertainment. It was after I had spent so much of my life attempting to find my value and worth in being like others and having what they had, that I finally started searching for a cure to compare-tinitis in my life. I had to do so to survive in this broken world we inhabit.

I told my students once that I had to come to see myself as unique, made different for a reason by a loving and just God. After years of physical and emotional abuse at the hands of men that I sought to validate my existence, I started to pray to God for courage and strength to be alone, to let go of the extreme need to be validated through other people, for I had been on the precipice of death twice. I needed to find a sense of who I was outside the obsession of being in a relationship, and, then, learn to accept myself as valuable and beautiful.

Then, one day, I saw a story about the actress, Elizabeth Taylor, and her unique jewelry, diamonds that were rare and unique, one-of-a-kind stones. The announcer said that they were priceless, meaning that to buy them was out of the range of nearly everyone living. I thought, “Well, if being one of a kind makes you unique and priceless, then I must be a priceless jewel! No one can do what I alone can do, and there is no one who has had the very same experiences, thank God for that! So, I am a diamond!”

I came to see that my value and worth are because I am like nobody else! It also meant that anyone who could not see my unique beauty and appreciate it in an acceptable manner was not meant to be in my life. As a child of God, I was created to bring something special to the world, and I could not allow myself to get lost in comparing myself to others, but live the life that God meant for me to live. David wrote in Psalm 139:13-14, “For you formed my inward parts; you knitted me together in my mother’s womb. I praise you, for I am fearfully and wonderfully made.” I had to see myself as God saw me, wonderfully different and necessary.

Jesus taught that the two greatest commandments are to love God with all our heart, mind, soul, and strength, and then, to love others as we love ourselves. Loving ourselves means accepting ourselves as we are, not as whom we think we should be for the world to accept us. Loving others as ourselves means allowing people to display their unique beauty, not expecting people to look alike, worship the same, have the same faith or level of faith, dress the same, study the same, learn the same, or live the same identical lives. It means acceptance of the unique and different, freeing people from the pain and suffering of compare-tinitis.

You are beautiful, whomever you are, because you are unique, and only you can tell your stories to help heal the hurts of others. You alone have the experiences they need to know, the testimonies that heal and make whole. I love the different people who blog, and I thank God we do not all blog the same. Of course, then, I would only need to follow one blog instead of the too many I follow now. But, I relish the differences, and I do not try to replicate anyone’s blog site or style. I love being uniquely me. I do not even try duplicating Douglas’s blog posts, allowing him to be free to be his beautiful, unique self.

2 thoughts on “Unique, Not Identical, Is Beautiful”