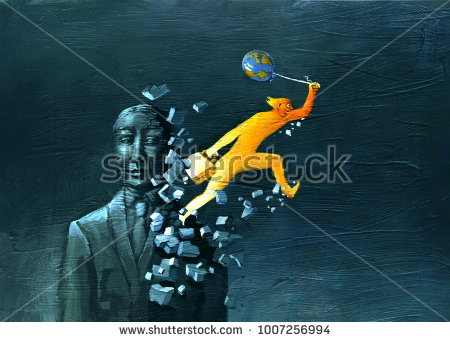 I was so mad at my Ex-wife. I had suffered spousal abuse from her and had come out of it feeling worthless. She had been so controlling that I lost all confidence in myself. It took me years to recover from the last years of out marriage. When I heard that she was saying that I was too controlling, I had to laugh. That was her just trying to be perfect as usual, and trying to blame others.

Years later, I was talking with one of my kids, and trying to listen. She then said, don’t talk about mom, but listen to me, you have a tendency to be too controlling. I asked, and she went on to enumerate ways that I had been too controlling. I was stunned, to say the least. I couldn’t see myself as controlling. Was I guilty? I needed time to analyze these new facts.

This was not to be a whitewash of myself, nor a whitewash of my Ex. I just needed to see what was going on. I remembered King Saul, who confessed the wrong thing and then confessed with justifications. It didn’t help him at all. If I was to get healing, I needed to confess the right things.

Slowly, I gained understanding. One time at work, I was told that I made one girl cry. I listened, and found out that I was micromanaging. I thought and realized that I was doing thing a certain way. That way allowed me to handle many customers very fast, but it wasn’t the only way. Why did I react when people worked a different way? How could I handle it better?

Slowly, I realized there were a couple of things coming out of my ADD. The first was that I needed to be organized, but not just organized, but in one specific way. If I don’t keep my credit card in one specific spot in my wallet, I lose it. I rotate my shoes so they have three days to dry out. I forget which shoes I wore when, so I keep them under my bed, and the shoes on the left are the ones I haven’t worn for three days. I stand in front of the sink, and know there are four things I do every day, including taking my meds. If I don’t do them in the same order, I can never remember if I took my medicine. Other tasks that I do sporadically are in trouble. I realized that the battery in my key fob for my car was running out. Every day, when driving, I told myself to change it, but forgot when I was at home. It took me two weeks to finally get it changed. I tend to have many projects that keep getting forgotten. That is why I need that organization. Only after years of messing up, did that fanatical need to be organized set in. (Not that I am neat, but when I do something, it has to be in an organized manner.)

The second thing that I realized that came out of my ADD was that I was not socially aware as other people. I had known that for years, but suddenly I saw that this need to be systematic would be applied in a socially insensitive manner. Many people understood me, and were able to brush it off, but the more sensitive were hurt. I needed to try to watch myself and apologize more. I also needed to allow people to do things their way. I could show new people my way, and explain why I liked that way, but then back off and let them do it the way they wanted. If they got the job done, why mess with it. That was so hard to back off when inside I was screaming, “You can to things so much more efficiently.”

“Truly,” I said to myself, “I am guilty of trying to impose the way I needed to do things onto other people.” One group that I had to apologize to was my grown children. They responded so well to my backing off, that I felt sorry I hadn’t seen it earlier. For the most part, I have had very good relationships with them, but this helped so much. Another thing that I had to see was concerning the divorce. It didn’t matter how justified I was in my anger toward her. Shifting all the blame on her was not constructive. I needed to always focus on my part. I had focused on my need for healing, but that was saying, she hurt me and I need healing. (The letting go of that anger is a different story) I spent years healing and regaining myself. This was a different thing. I needed healing not from her but from myself. I had to clearly see my sins in that catastrophe. This involved confessing first to God, then confessing to various ones that I knew I had hurt, and then constantly seeking God’s power as I fought this tendency to micromanage. It is amazing how finally saying, “I am guilty,” sped up God’s healing process.

7 thoughts on “A Surprising Verdict”