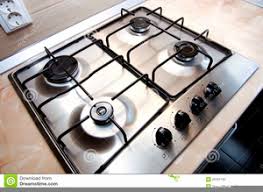 One of the features of our new Georgia home that I most disliked and wanted to change was the kitchen range. The burners where you sit the pots and pans were blackened badly and seemed unsalvageable. I tried to talk Douglas into a nice new gas stove, but, of course, it was a huge expense, so we concurred that later when our resources were replenished.

Then, on yesterday, Douglas’s oldest daughter and only son were bringing his three grandchildren to visit. I was so ashamed of the burners, not having any way to conceal them from view. I worried that anyone coming to the house would think bad of me, because of the ugliness of the stove. So, I took one of the burners and decided to try to remove some of the dirt that covered all four of them.

Using some Dawn and a steel wool, I scrubbed, and to my utter delight, the “burnt” started to come off. Seeing that, I applied extra elbow grease, and before you knew it, I had what looked like a spanking new burner!

What I thought was only good for the trash heap was something that simply needed attention and someone willing to do the hard work of bringing it back to its true state. After about two hours, I had four beautiful and spotless burners that I was proud to show to my visitors.

Then, we had found what looked like a badly burned tile at the front door, when we moved the rug that was hiding it, along with ugly marks on nearly every tile at the front of the door. We had placed our own rug on it to disguise it from view.

Well, I took my Kaboom cleaner and sprayed it on the worst spot, and once again, it came clean. Indeed, all of the marks came off the tile. I screamed for Douglas to come and see it. He took once look and said, “What are my marks?” We laughed, looking at the spotless tile by the door.

Both of these incidents reminded me of two things. I define my worth too much by how I think others see me. I grew up with a mother who never cleaned. Mama told me once to tell an aunt who was disparaging the house to “stay on the other side of the door, if she didn’t want to see the dirt!”

Living in filth made me feel of little worth. I even asked my mother why she didn’t clean, and she responded, “Your mother was never meant to be domestic!” She might as well have said, “I don’t want you.”  I carried that sense of having no value with me for years. Afraid that Douglas’s family would think me a dirty housewife, I was determined to get as much dirt off those burners and the tile as I could, and then get rid of both.

I also learned from my frenzied cleaning that sometimes who we think are worthless are people that simply need some attention and love. We are too quick to want to replace things that offend our sensibilities or in some way embarrass us,  like the daughter on drugs or the friend with a liberal or conservative view, rather than take the time to discover their value and worth, by seeing beneath what we think of as dirt to the true person.

Today, remember that we all have value and worth, as human beings struggling to survive in this broken world. None of us are perfect or completely sinless, for Isaiah 64:6 states, “All of us have become like one who is unclean, and all our righteous acts are like filthy rags; we all shrivel up like a leaf, and like the wind our sins sweep us away.”

But, God in His amazing love for us sent His Son into the world to cleanse us of our sins and make up righteous and justified in His sight. Romans 5:8 reminds us, “But God showed his great love for us by sending Christ to die for us while we were still sinners.”

This means that sometimes people simply need love and to be seem as valuable and of worth. If we are willing to spend time “scrubbing” away the dross and getting to the beauty beneath, we will find that no one is replaceable, and that we all have value and worth to someone.

2 thoughts on “Seeing the Value and Worth of Others”