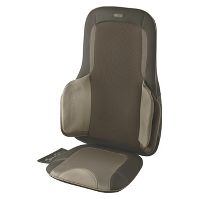 He enters the ring every Wednesday night, whether he is feeling like it or not. The kiddies especially are looking for “Big Tony” to put up a good “fight,” and he is paid to see that they are fully entertained. I cringe when I see him heading for the ring, sending up prayers of God’s protection and safety for him, knowing that it would take just one wrong move to paralyze him for life.

But he loves it, and he is my father. I can’t watch his bouts, but I don’t tell him that because he dreams of me following in his shoes. He thinks I will go further than him, like into the big time, and I do not want to disappoint him, just yet.

Big Tony has been wrestling for Universal Wrestling, a third-rate outfit that is in no way equal to Vince McMahon’s World Wresting Entertainment, Inc (WWE) for at least twelve of fourteen years. He had dreams of wrestling one day in the big leagues and making a name for himself like Hulk Hogan or Rick Flair, but injuries early in his career cut short those dreams, so he fights a lesser crop of fighters. His bouts are in the back of bars or in gyms, nothing as glamorous as a real arena.

As I sit on the sidelines on this Wednesday night just three weeks before Christmas, I ponder my mother’s question on what I would like to give my father for Christmas this year. This is the first year she has consulted with me, the oldest child. But, as I have walked to the car with him after a bout, him bent over in so much pain in his back and shoulders, I know exactly what I will give him.

I saw it at Target’s when I wandered down the aisles as I shopped with my mother. I knew the moment I saw it that it was just what my father needs to help him rehab between bouts. It is the HoMedics Air Compression and Shiatsu Massage Cushion, with soothing heat, and a remote for him to adjust it to his needs. I can just see him sitting with a smile on his face as aches and pains disappear as he reclines with the massager and watches his favorite football teams play.

Thankfully, the $199.99 price tag is okay with my mother, for we both know that no amount of money could repay him for the suffering he endures each week to provide for his wife and children. I will include a Thank-You card and write words of gratitude to my father for his sacrifices, and I will promise him to at least think about professional wrestling as a career. That will bring a smile to his face.

Written for the The Saturday Weekly from the Haunted Wordsmith. Scott’s Daily Prompt is Crop.

One thought on “A Gift for Big Tony: Saturday Weekly Challenge”