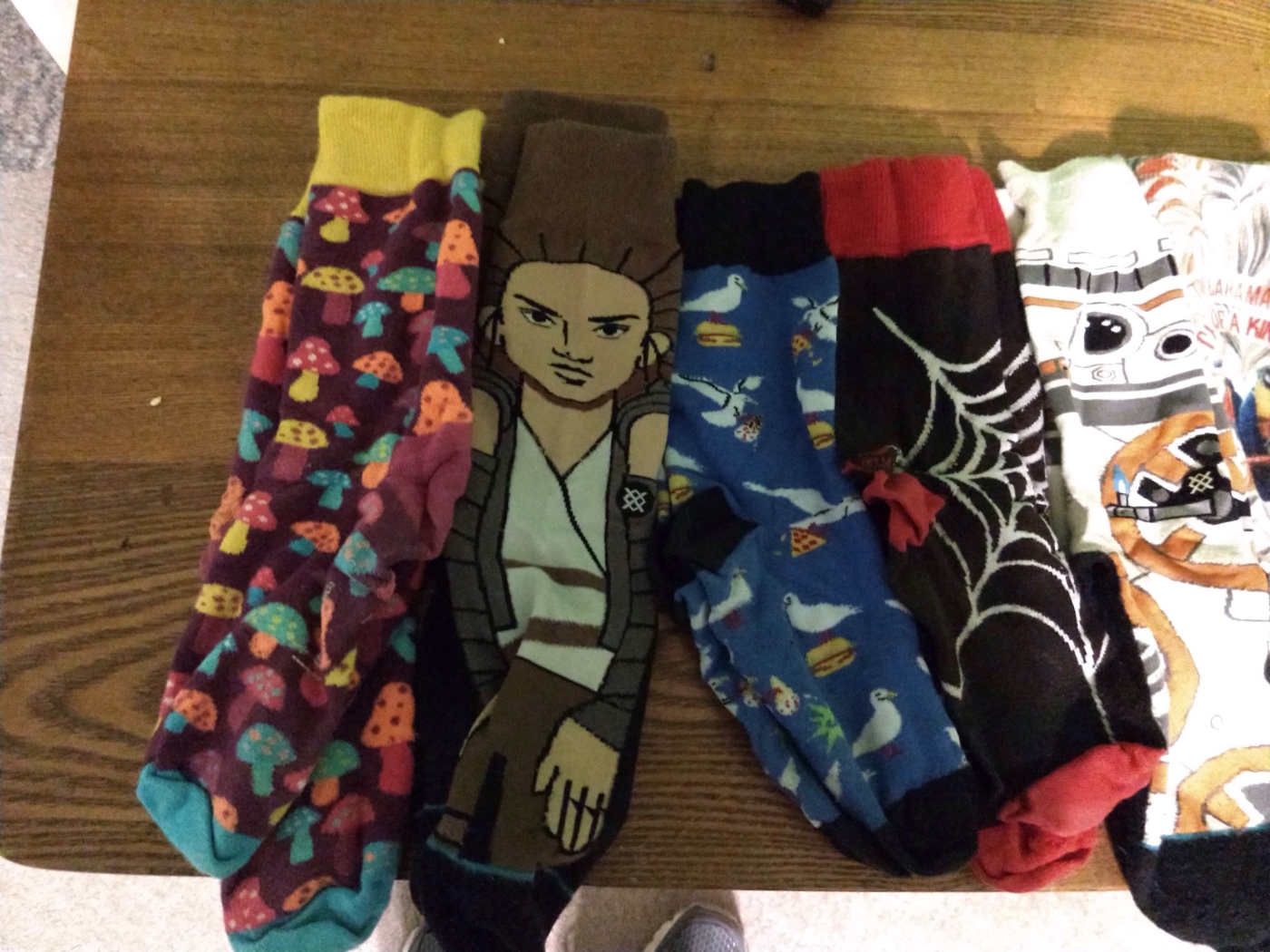 Joanie had the worst time buying gifts for her husband, Bill. He liked weird and unique presents, no shirts and ties allowed. She had failed in other years to impress him, so she was determined to find the best gifts this year.

Bill liked colorful shirts, so she thought, “Why not colorful socks?” She went online and found a company that sold the most outlandish socks. She bought him 12 pairs of the most ridiculous socks she had ever seen. There were colorful mushrooms, bears, dragons, gulls, Star Wars characters, math symbols, and many more. 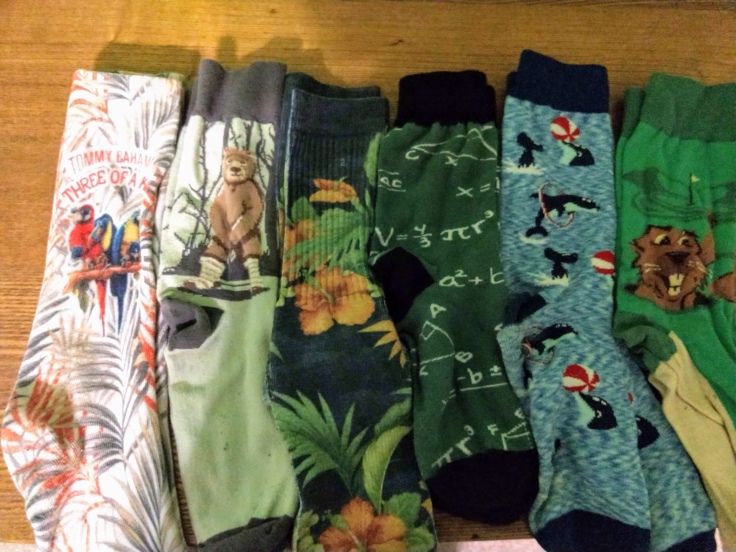 On his birthday, Joanie bought balloons, cake, and pizza, trying to make it a great occasion. With fingers crossed, she handed him his gift. When Bill opened the package and saw the socks, he laughed until he caught the hiccups. She didn’t know if he liked them or not. Then he said, “The best gifts ever!”

Now, when they travel in the spring and summer, he wears his socks, which brings him much attention. He relishes the notoriety of his socks, especially being known as the “Sock Guy” at his job! He asked her to keep buying him the crazy socks!