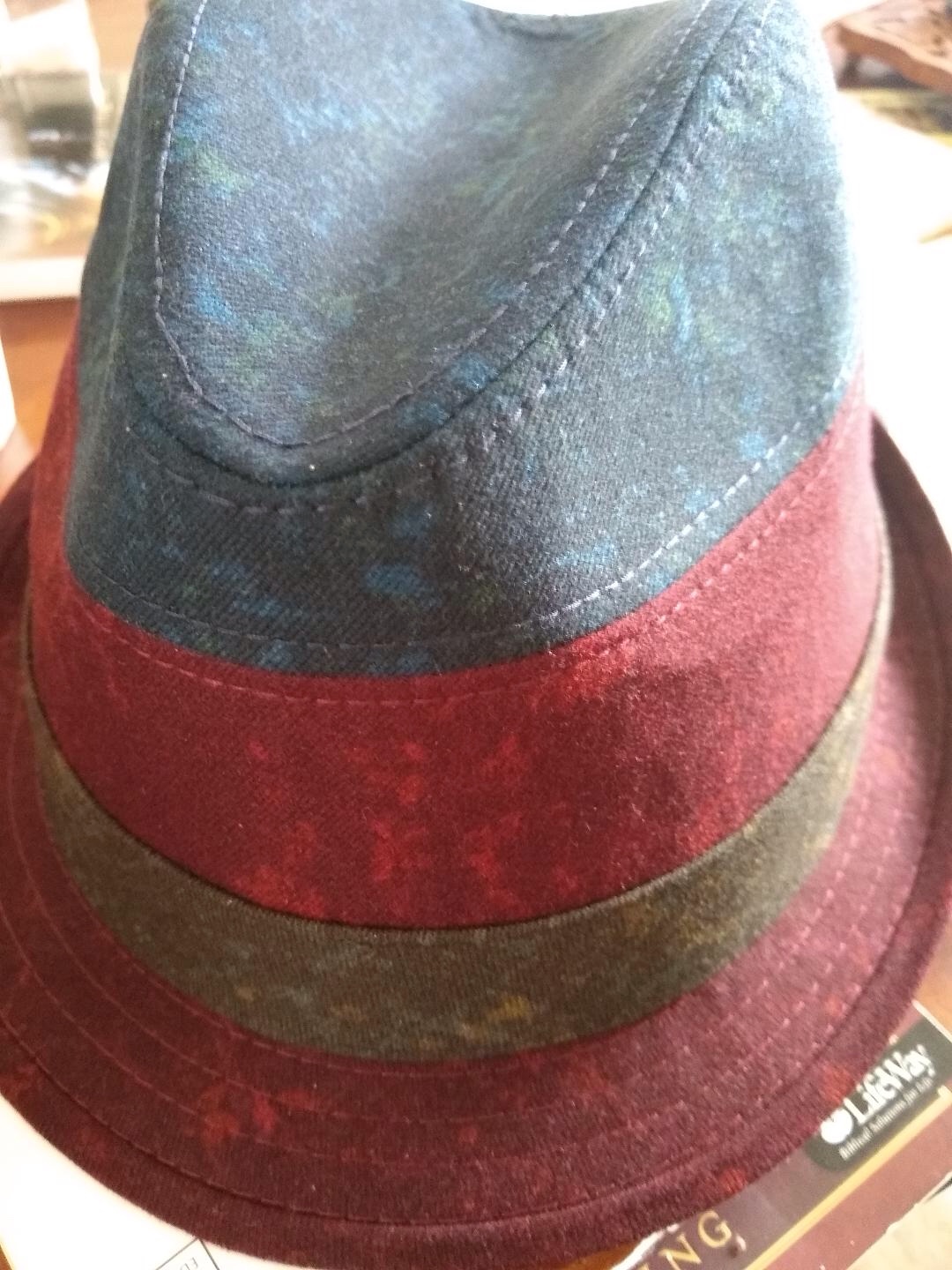 Yesterday was Douglas’s 69th birthday. It is stressful trying to find gifts for him. This year, he wanted a “unusual” hat to take to Italy in May. Needless to say, I didn’t know what that meant, so I ignored the request, until yesterday. While having breakfast, I suggested going to find him a hat. Not my brightest suggestion.

He was excited, and I thought we should start at Dillard’s, but the thought was that Dillard’s was too expensive. So, he found some stores to try. Yes, I said stores, more than two, because when Douglas shops for any items, he insist on seeing what is in every available store. My stress levels started rising, and I knew a headache was in the making.

We went to four stores, and except for baseball cap, he practically tried on each hat. He does this also with every pair of size 13 or 14 shoes, when he shops for shoes. I conveniently forgot this little quirk. After an hour or so of traipsing through those stores and only finding one candidate, he agreed to go to the mall. I had already earned over 3000 steps on the step-counter!

Thankfully, he parked near Dillard’s and we started there. After walking completely through the Men’s department, we found hats. He tried on several, to be sure he got the right one, I am guessing, and had no regrets.

Eureka! He found one he liked! It fit, but, more importantly, it was on sale. Douglas never pays full price, if it can help it. The hat was pretty funky, and it looked great on him. It had been reduced from $32 to $19, but when the lady rang it up, my final costs was $8.90. See it above.

When my, let’s say frugal, husband heard the price, he declared it a great birthday. Of course, you might think that if we had started at Dillard’s as I suggested, we could have saved time and steps, but you would be mistaken. He would have still wanted to see what else he could find, do God worked it out great!

Then, we went to his favorite Greek restaurant, because after nearly sixteen years together, I felt I should spend more than nine dollars on the man. A great meal later, and he was off to disc golf, alone. I was still recovering from the shopping, and I needed a good murder mystery to soothe my nerves, one without us as the victim and perpetrator.

All kidding aside, I am so thankful to Our Father in heaven for another year with Douglas. Proverbs 18:22 states that “he who finds a wife finds a treasure, and he receives favor from the Lord.” It is the same with a good husband, he is a gift from God. I pray that this time next year, I will write another post on our exploits for his birthday, for that means that I have been blessed with another 365 days of goodness and hilarity. Oh, please God!

11 thoughts on “Thankful for Another Birthday”