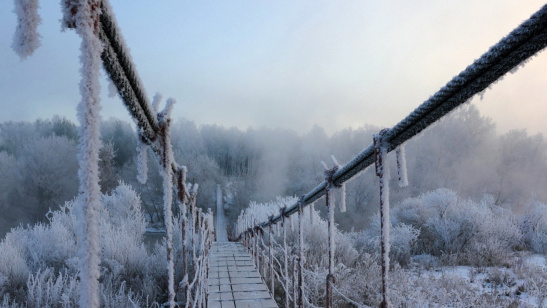 He came down from the mountains as autumn aged, before the paths could pile with snow and the bridges bowed with ice. He had needed time away from people, even well-meaning ones like his family.

They wanted to help him grieve the loss of his dear Molly, unwilling to understand when he said he needed to be alone. They couldn’t see isolation as a plausible substitute for their presence, no matter how hard he tried to explain it.

As long as he stayed in the house, visitors would keep stopping by with casseroles, pies, and advice, none of which he wanted. So, six months ago, just as spring had come in all of its beauty and a promise of renewal, he packed a bag and went up to the mountains overlooking his home.

Fish from mountain streams kept him fed, as he sat alone enjoying the rhapsody of nature. Nothing moved fast, except a small animal fleeing from the claws of a much bigger animal intent on feasting on the smaller one. He found peace within from observing the regularity of nature, its constant ebb and flow.

Here he was left alone. No flaky explanations for the passing of his wife. The animals didn’t attempt to get him to accept that she was in a better place, particularly as she’d fought to stay in this world. People meant well, but none of us understand death enough to explain it to others.

But, now, summer was ending and, admittedly he was feeling the loneliness of being alone. He was at peace with Molly being gone. One aspect of life that nature teaches us is that death is part of life, rather than an enemy of life.

Finally, it was time. He didn’t want to be stuck in the snow, unable to navigate steep paths, possibly breaking a leg or something and having no means to communicate his need for assistance.

He realized that, although being alone to grieve was healthy for him, the reality is that we need others. We need to give help and receive help. We need to love and be loved. He was ready to reconnect with the rest of humanity.