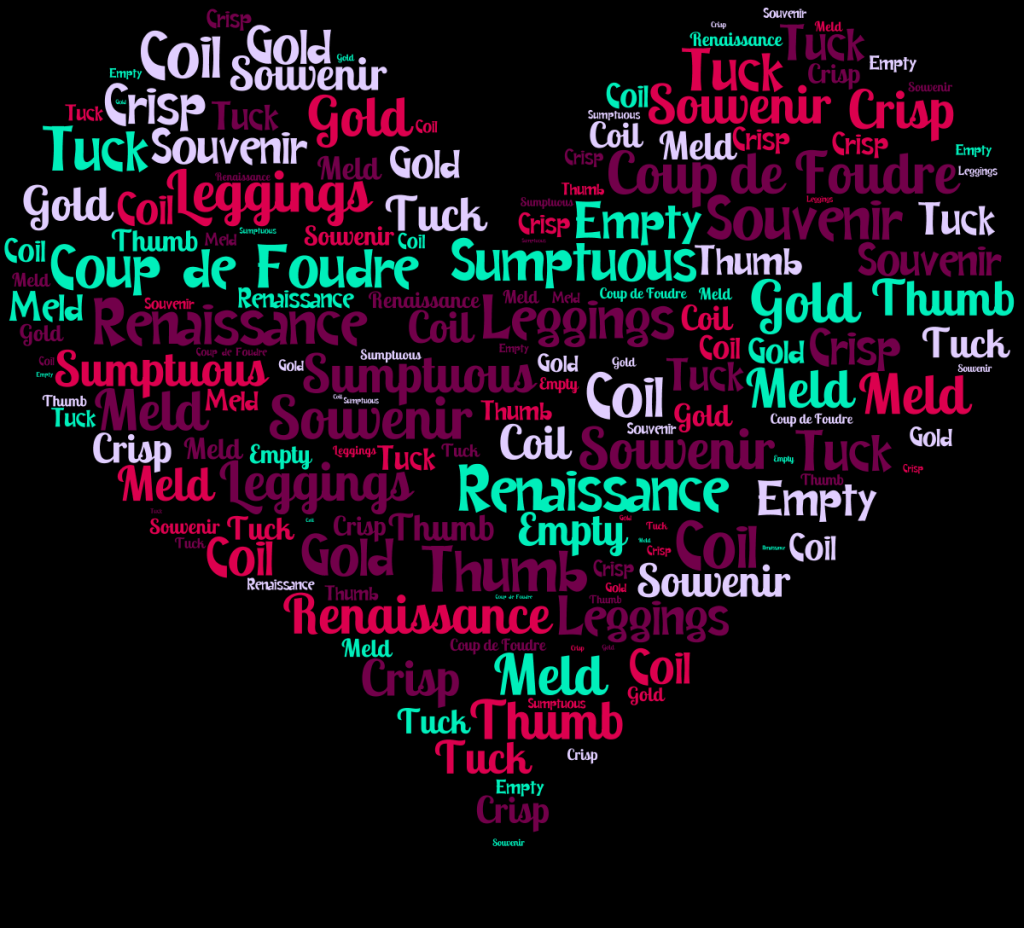 Meg thought it was coup de Foudre, meaning love at first sight, when she espied Jonathan in the nearly empty gym, dressed in sumptuous athletic gear, including gold leggings. She watched as he coiled his body in all manner of exercises, believing that he was a true Renaissance man, worried about being healthy, similar to her.

Then, he noticed her and came over to say hello. With his thumb tucked in the top of his pants, he leered at her in a way that made her feel uncomfortable. He talked only about himself, never asking her anything about herself. She knew instinctively that they would never meld into a “we,” for everything would always be about him.

He was so full of himself that he asked her if she would like his sweat band as a souvenir of their finding each other. With a crisp, “No, thank you,” Meg left him staring after her. She made a mental note to remember that you really can’t judge the product from the packaging and to change gyms.

Fictional story written for Wordle #208 from Mindlovemisery’s Menagerie. The twelve prompts are in bold print.

2 thoughts on “A Momentary Infatuation: Wordle #208”