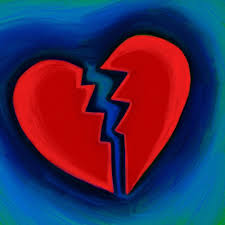 Standing in the doorway, she watched him leave for the last time, reflecting on what single life would be like again. The breakup had been surprisingly amicable, because she had comprehended that you couldn’t find real love while holding on to bad love.

The thread of their relationship had proven too fragile for the long haul. She would savor the moments that he made her feel like a goddess, which was a way to keep her from realizing that he had no intentions of ever proposing. She finally got the message when she discovered the reason he was never available during the week.

The catalyst for the end came when she found an intricate calendar of dates with names of other women. She had felt like taking a bludgeon to the phone, but then she realized that such an action would be unjust. He had never told her that she was the center of his world, and she had been afraid to accost him and demand more of his time.

As she stood there watching him get into his car, she realized that fear of being alone is a destructive emotion. It is in learning to love our own company and to depend on ourselves for our happiness that we become capable of being great partners for others, not having to burden them with our needs.

Fictional story written for Wordle #216 from Mindlovemisery’s Menagerie. The twelve prompts are in bold letters. Also for the Three Things Challenge from Pensitivity 101: intricate, unjust, and center. The Daily Spur prompt is Breakup.

One thought on “An Amicable Breakup: Wordle #216”