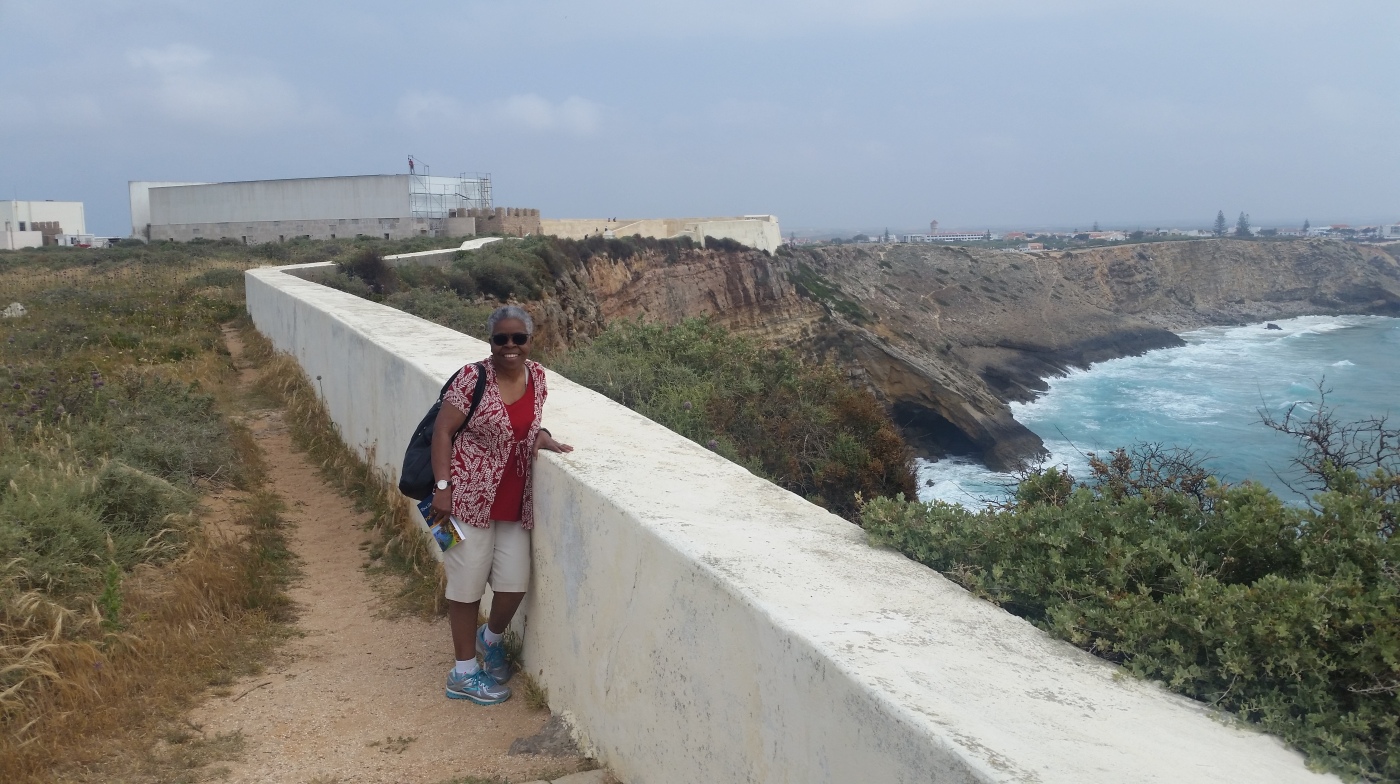 Sitting in a Sociology class on family and marriage with a group of twenty-somethings, one young woman suddenly asked me how I managed to make all As on my exams and papers. I told her that because I started college at age 36 and had been raising children for 25 years, I had lived everything I was being taught.

She was amazed that I was that old! I think she believed that I was just a little too old to be in college, but I was having the time of my life, especially as I had never expected to fulfill my dream of going to college. All of the steps that led to me going to college highlights the fact that because God directs the plans he has for our lives, they will be fulfilled in spite of our doubts and fears.

I was going through a divorce, and I was bummed at having to give up being a “Mrs.”  I felt that who I was and what I was worth depended on me being a married woman as well as a mother, so the divorce was causing me no end of grief and shame. My doctor suggested I talk to a psychologist, and as I was explaining to her how important  being married was to my sense of value and worth, she just out of the blue said to me, “Your brain is going to waste! Don’t come for your next appointment until you get an application to go to college!”

Needless to say, I looked at her as though she was the one in need of psychiatric services! I explained to her that because I had not been to school since I graduate 18 years before,  I doubted if any college would admit me. But, she reminded me that I would not know unless I applied. I left her office with tears in my eyes, because I really liked her and she was really good at her job, but I had no intentions of embarrassing myself by applying to college and getting turned down, which meant I would probably not be seeing her again. Boy, was I in for a surprise!

When I arrived at work, I told my supervisor, who was one of my best friends, what the psychologist had said, and she thought my going to college was a great idea, and guess what, my company would pay my tuition and for my books. I told her that I was too old to start college. I shared with her that I had given up the dream of going to college when I adopted my four children, and now it was just too late. Thank God for friends who do not listen to our pity parties! She was attending the local public university, and you will never guess what she did! Yep, she brought me an application!

With these two women, both older than me, encouraging me to at least apply, and because I love pleasing other people and was afraid of disappointing my friends, I filled out the application, sent it in, and promptly forgot about it. But, about eight weeks later, I got a letter from Georgia State University, congratulating me on being admitted to the freshman class of 1988.

They advised me that because of the long absence from school, I would need to take remedial classes. I decided that I was not going to attend if I had to take what I thought of as the “dumb people” classes. But because none of my five children had went to college, I felt that, as the matriarch of the family, I had to take this opportunity to raise the bar of education for my grandchildren, believing that they would need to go to college to be successful. So, I went for the placement exams. Then, the strangest thing happened!

On the day that remedial students were to report to the university, I arrived to the orientation and watched as every students was given a file listing the remedial classes that they had to take and the grades needed to transition into regular classes. When I did not receive a file, I raised my hand. The lady took my outside and asked my name, and when I told her, she advised me that I did not have to take remedial classes.  I asked her, “How can that be?” And she told me that I had done so well on the placement exams that I could enroll in regular classes up to the senior level. I thought, “What?! That’s ridiculous!”

But, it was true! So, I rushed off to sign up for my first classes, but all the freshman classes were full. So, I started in a sophomore math class, as Math was my major and my first love. The instructor told me that I probably would not pass the course, but I could stay. When I earned a B, he told me that I should make As in the freshman-level classes, which included calculus and advanced algebra, and I did earn As and one B in Calculus II. Therefore, I was so looking forward to more math courses.

But, because I was still working 40 hours a week and was the lowest on the seniority list at work, I could not attend school every quarter, and with math, you have to stay engaged or you lose the information from previous classes. So, I decided to take my electives, and I signed up for an Introduction to Sociology class.

Oh, praise God! I found that I loved writing essays more than trying to understand theorems, so I changed my major to Sociology and my minor to Psychology. Boy, did I love going to classes and learning all the neat, cool stuff about society and people. I loved debating the reality of life to the purely theoretical scholarship in our books.  The other students wanted to study with the old gal who seemed to know a lot about living and life.

I still remember my first essay, which was titled, “If This is Insanity, I Hope I’m Never Sane Again!” I talked about how people had called so many of my decisions crazy, sometimes telling me that I was too young or too old, but that I had learned that sometimes you have to step out in faith, meaning that, although you cannot see the end of the matter, you just believe that all will work out in your favor, trusting that God is leading you. It is still how I live my life.

If that meant that I was crazy, then I wanted to stay that way. I earned a C on  that first essay, mainly because it looked as though the “colon monster” had spit up all over it. I did not know anything about punctuation! The wonderful professor wrote at the end of the essay, “Go to the Writing Center and get the help you need, so you can make the As you deserve. Or, are you crazy!”

I did go and get the help and started making As. To this day, I am grateful for that fabulous teacher who saw my potential, and with grace and a wonderful sense of humor, taught me that you can say anything in ways that uplift people rather than tear them down. I have, as a professor, tried to pay it forward by doing the same for my students.

Lastly, I became one of the oldest Graduate Teaching Assistants ever, earning the Boles Graduate Teaching Award for outstanding teaching. I earned my PhD at age 54 in 2006. At a graduate student function, two very distinguished visiting sociologists assured me that because of my age, I would never be hired any place but maybe at my university, so I should not keep wasting my money and should quit my doctoral program.

But, I would not quit because I believed with all my heart that only God knew what was in my future, and I was trusting that he would go ahead of me as promised and open doors for me. Deuteronomy 31:8 states, “Do not be afraid or discouraged, for the Lord will personally go ahead of you. He will be with you; he will neither fail you nor abandon you.”

And He did! I was privileged to teach for 18 years at three very wonderful universities in Illinois, California, and Tennessee, inspiring and encouraging my students to be their best and to see and respect the humanity of all peoples, especially people they considered different.

Today would have been my first day back teaching for a new semester, and I really miss the classroom and students, but I know that it was time to retire. I am excited to see what God has in store for this old woman! I hope living and serving God in Portugal or another warm climate! (Yeah, there’s nothing like snow outside to lead to dreams of beaches and warm air!) The picture attached is me in Portugal, standing at the place called “the end of the world.” My dream of living and traveling in Europe is taking shape!

You are never too old to dream and fulfill your dreams! If you place your faith in the One who stilled the waters and calmed the raging seas, you can still fulfill your dreams. No matter what you are doing right now, if you have wanted to do something else, then consider doing it part-time, and believe that you will still have your needs met. That’s what happened with me.

We are living longer now, and the brackets for what people should be doing at a certain time in life are obsolete and do not correspond to the ways we live today. I won’t say that 50 is the new 30, because that sounds a little silly to me. But I know that 60 still comes with aches and pains; yet, with possibly 25 to 30 more years to live and possibly 15 more to work, we can still fulfill our destinies.

Just where would we be if Moses had said that he was too old at nearly 80 for fooling with that pharaoh boy? Would John the Baptist have come to clear the way for Jesus if God had not fulfilled the dream of Zacharias and his wife, Elizabeth when they were “advanced in age” as Zacharias says in Luke 1:18? Remember that Caleb was an old man when his dream of owning land in the Promised Land was fulfilled, as recorded in Joshua 14. In verse 10, he said, “Now, as you can see, the Lord has kept me alive and well as he promised for all these forty-five years since Moses made this promise—even while Israel wandered in the wilderness. Today I am eighty-five years old.”

Too old! Too old! Rubbish, my dears! You have the wisdom and lived experience to be everything you have ever wanted to be! I don’t know if you can teach an old dog new tricks, but people are not dogs, so I believe that we can continue to learn as long as we keep our minds engaged. I saw on the ABC Evening News about a week or two ago a group of African American seniors from ages 60 to over 90 who were synchronized swimmers, some of them learning to swim in their 60s. Now that how you do it! Get up from sitting down, and go get your dream fulfilled. I know you can do it!