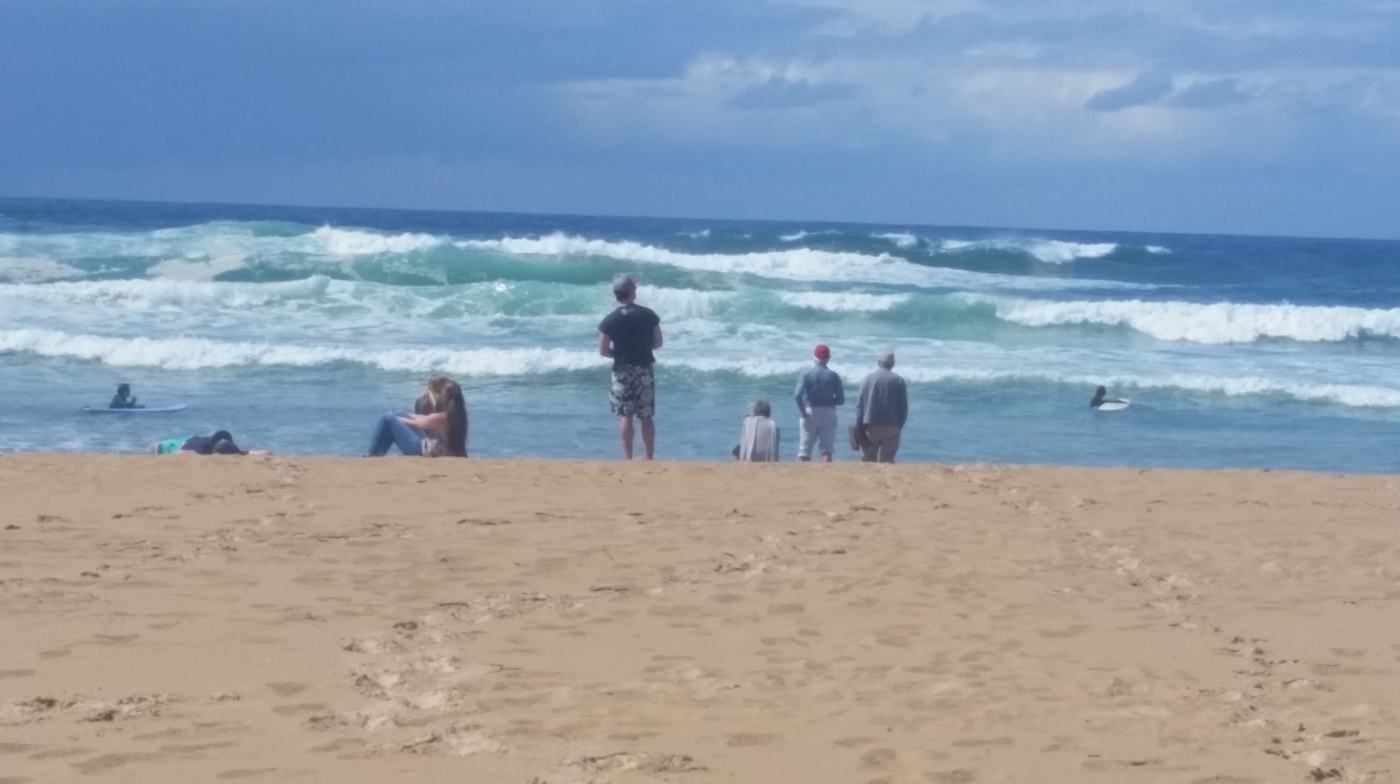 One of the most wonderful aspects of being in Portugal was that everything that we needed, from groceries to medical care, was within walking distance.  Everybody walked, including children. Many of the cars in Quarteria belonged to the tourists. Every evening, we joined what appeared to be the whole city in strolling along the boardwalk or across the beach, as it is a normal daily habit for the people who live there. With great public transportation, walking and using the buses is encouraged, and you saw very few obese people among the local citizenry, including the children.

Three or more generations would be out strolling together, the children sometimes ahead of the adults, riding on bicycles, tricycles, or scooters. Each adult, though, had their eyes on the children at all times, and I thought how wonderful to infect children with a love of exercising as a cultural norm. What was  interesting for me was that children were often allowed to play outside alone, some as young as age 4, without the panic we see in America where people sometimes report parents for allowing their children to play outside their homes alone or even to walk a few blocks to school alone.

Watching those young boys and girls play alone or with other children brought back memories of my childhood in America when children were expected to go outside and play all day, coming in for dinner and a bath late in the day. Parents knew that there were adults watching us, even if we were not aware of it until we got in trouble. Indeed, going in and out of the house was a major no-no, and doing so could get you in serious trouble with the parents. The belief was that playing in the air was good for children. Today, you rarely see children in the streets playing, which I think adds to the problem of childhood obesity in this country.

We also used our imaginations to create toys and games from the things around us, for parents in my neighborhood could not afford most of the latest store-bought toys and games. We ran, skipped rope, jumped, hopped, raced each other, and were good and tired at the end of the day. Today, computer games or television keep children company, which does not allow them to run, jump, skip, hop, race, and other all-body movements, as they use only hand and eye coordination.

To further emphasize exercise as a necessity, along the boardwalk in Quarteria were two exercise stations, free of charge, for adding cardio-vascular exercise to the daily walk. At specific times of the day, there were trainers to encourage and help people to learn how to use the equipment. From two-year-old children to people in their eighties, the exercise equipment was nearly always in use, justifying the expense of the equipment. I thought what a great idea for every American city, a safe place to walk with exercise stations filled with equipment to enhance building muscles and reducing stress.

What was especially amazing for me as a “senior citizen” was that even the older members of the society walked daily, and the older men and women would congregate together down near the beach, people-watching all these strangers who had come to visit their city, glad for the added revenue. They sat or stood in groups of three or more with much laughter among them, and not a heavy-set one in the bunch. Elderly people, particularly elderly women, walked arm-in-arm with husbands, sons, daughters, or grandchildren, which kept them on their feet and incorporated them into the cultural life of the city.

To see people my age and much older still spry and getting around on their own or with their family members was terrific to witness. One day, I sat down at the end of the boardwalk to watch two young guys kite surfing across the ocean, as Douglas set out to walk further down the beach. As soon as Douglas walked off, the gentleman sitting next to me started a conversation with me.

He had come home to Portugal after fifty-three years living in other countries, including in Canada and the United States. He seemed to me to be in his seventies, but he was actually eighty-one! He spoke five languages: Portuguese, French, English, Italian, and Spanish. He came home to Quarteria, Portugal where he had been born, rather than move in with his son who lived in America, because he liked the idea that older people in Portugal were still valued.

Their value was demonstrated in the fact that younger generations took care of the older ones, walking patiently hand in hand, listening to the stories the elderly people had to tell, with wisdom passing from one generation to the next as they strolled the streets of the city. Healthy living shared across age and time! How great would that be in America, where we seemed to have lost the belief that our older citizens have much wisdom to pass along.  One of the elements of life that they would share, I believe, is the need to exercise our bodies and minds daily if we want to live long and healthy lives, without all of the pain and suffering that accompanies a sedentary lifestyle, something they learned from childhood.

I have been sick since Monday, with a bad sore throat and now a bad cough. I will go to the doctor tomorrow. I have so missed strolling on the beach or the boardwalk each day, so I planned to go on a walk every day on the greenway or to the municipal gym to walk when the weather is too hot, but I couldn’t go. So, today, even though I feel awful, I made myself walk on my treadmill for over an hour, meeting my goal of at least 10,000 steps a day. I feel better having exercised!

The people in Portugal have the right attitudes about exercising. When I read that doctors are finding signs of heart disease and clogged arteries in children as young as twelve today in America, I think it behooves us as a nation to infect our children with a love of exercise. We can do it in the same way they do so in Portugal, strolling as families at the end of the day, never ever mentioning the word exercise.

First Corinthians 6:19-20 (NLT) states, “Don’t you realize that your body is the temple of the Holy Spirit, who lives in you and was given to you by God? You do not belong to yourself, for God bought you with a high price. So you must honor God with your body.”  Let us teach our children that their bodies and minds need to be exercised daily.  Let children run, jump, skip, hop, and bike in ways that keep their bodies strong and healthy, and parents should join them, setting examples of healthy living for generations to come. I believe God expects no less of us than to make exercise a part of our daily walk with Him. Childhood and adult obesity would become a thing of the past in the United States. Amen to that!