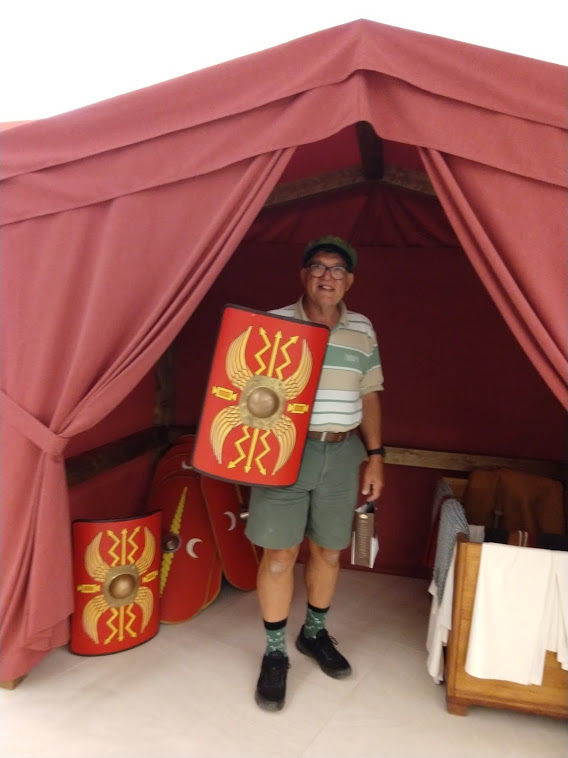 Douglas and I love finding ruins, particularly Roman ruins, and when we are walking through them, I can almost see in my imagination the people from centuries ago as they went about their daily lives. It is somewhat eerie, but maybe spirits do live in places long after they have been vacated by people. I don’t mean ghosts, but a sense of the essence of the ones who worked together, lived side by side, and who depended on each other so much so than we do today.

In Alicante, Spain where we just returned from, we visited ruins of a whole city that sits smack dab in the middle of the city. There is a odd juxtaposition between the ancient and the modern, with new high rise apartments standing right up beside ruins that include Roman baths, winepressing rooms, and slave quarters.

There are parts of nearly every aspect of living from as early as the 3 B.C, which was absolutely amazing for me! I was really intrigued at the Roman baths, wherein wealthy men bathed in hot water and then cooled off in cold water, and slaves kept the waters hot. What a hard life for the slaves! 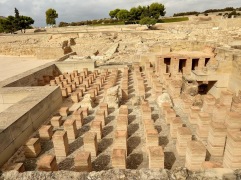 The ruins had so many plagues that told the story of what edifices looked like at the time, and many of them were in English, which was a godsend, especially because three or more months of learning Spanish on Duolingo did not help us at all. I thought I was ready, until people started to talk so fast that I had no clue what was being said. Having the museums that we visited offer us brochures and other momentoes in English made it easy to appreciate what we were seeing.

We went to the Archaeological Museum and Paleontological Museum, covering life from the dinosaurs through knights in armor and men in togas, to capture life lived across many centuries. Kudos to Europe for preserving their history! I learned so much about the lives of people across social class and sex/gender, through the different fossils and ruins, and what I saw stunned me in the sense of people recognizing their need for each other. You see it still in some parts of Spain and Portugal, as whole neighborhoods stroll at night, greeting each other. I miss  those evening walks along the promenade, with the Mediterranean Sea in sight. 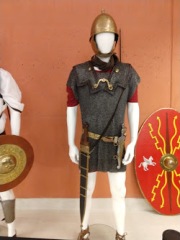 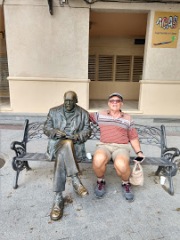 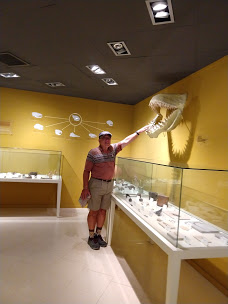 As you can see, my husband made a lot of new friends, and almost lost his head in his excitement over such ancient relics! This is what makes traveling so wonderful to European cities that have existed for thousands of years, for the allow us the means of understanding the strong sense of family and community that still today exists in many European cities in Portugal and Spain.

Our visit to a house once owned by a wealthy man reminded me that not everything was equal, for in every century, it has been the wealthy that have had so many more opportunities for a quality life, even in homogeneous societies. Their homes and  access to the beautiful things in life resulted in significant differences, but still, the rich and the poor understood that they needed each other. The art in the house was museum quality. 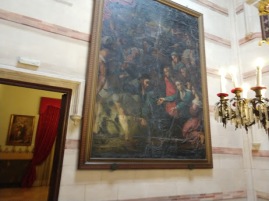 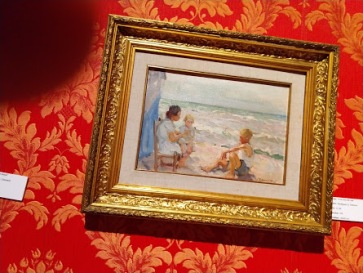 I wonder what artifacts from the 21st century will people from the next two or three centuries find interesting? Which material things will give a sense of who we are today? Pictures of families and friends sitting together with their smartphones out, might reveal why the society came apart.

Artifacts such as big-screen televisions and X-boxes may reveal how a people lose a sense of community when each home has the means to entertain themselves privately. It was certainly very different for the people in earlier centuries, and I would like to once again witness the laughter and gaiety of little children running together and playing in the streets, encouraging each other in ball games.

Maybe bicycles covered with cobwebs and swings and slides gone silent will be artifacts that will have to be explained on plagues, unless there are pictures from early generations when young mothers supported each other and learned from each other as their children played together. I got a charge out of being with other kids in my neighborhood when I was young, and I knew kids from miles away and their parents knew me.

I fear that the angst that has caused us to exile ourselves in our homes will be of great interest to people in a century or two, as they try to understand how a great civilization like America ended up divided and conquered from the inside, mainly because they prioritized the individual over the community.

Guns and pipe bombs may be our relics and news reels of mass shootings, generated by hate and hate-filled speech, will give future museum goers a sense of awe that people could be so cold towards each other over political beliefs. I wonder if they will use these our relics to find a way back to civility and togetherness as one nation under God, with liberty and justice for all.

3 thoughts on “What Will People Think of Us in a Century or Two?”