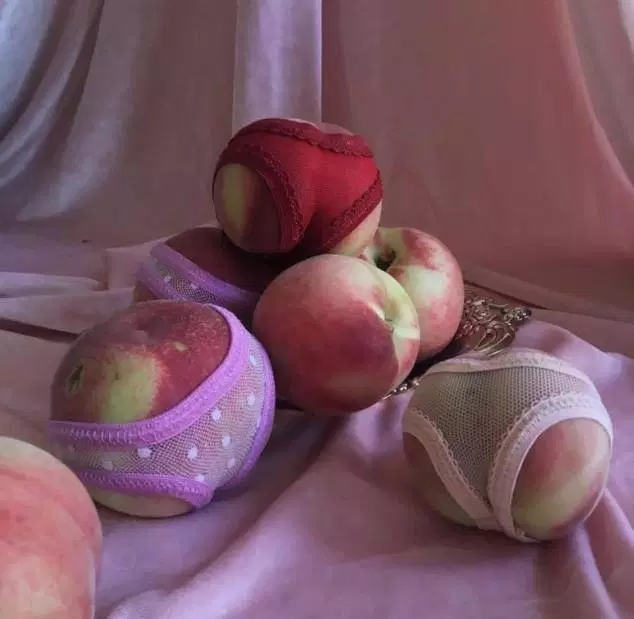 Mary felt very proud of her still life called “Georgia Peaches.” But, when her mother saw the painting, she was appalled. I tell you, she was flat out outraged that her daughter could do such a thing!

“What were you thinking, child?” her mother asked. “We are a proud Southern family! Our name stands for something in this town. You will bring disgrace to yourself and to all of us, if you exhibit that picture as it is?”

Mary frowned at the picture, not understanding what her mother was carrying on about. She asked, “What’s the problem, Mama? It’s just a few peaches laying on some cloth, for goodness sake!”

Her mother responded quite haughtily, “Mary Sue Louise Galveston, those peaches are without clothing! Naked for all of the world to see. Oh, the shame of it! You take that painting back in there and cover those peaches in a dignified manner, Missy!”

Mary rolled her eyes! She thought to herself, “What is the world coming to when fruit needs to be dressed to be displayed.” But she knew that her mother would never let her show the picture unless she made some changes.

She thought about adding little flounced dresses to each peach, but that would take a long time to complete, and the show was in two days! As she watched the latest episode of “Keeping Up with the Kardasians” in secret, the answer came to her.

She mixed the colors and quite defiantly added bikini underwear (a real Southern lady never says “panties”) to a few of the peaches. Lavender, pink, and red seemed just right for what she planned. She renamed the painting, “Demur Georgia Peaches.” Covering the painting so that her mother would not see it, she delivered the painting to the director of the exhibit.

Well, let’s just say that Mary’s painting was the highlight of the evening. The bids went as high as $10,000! Nearly everyone who saw it laughed at the incongruity of the subject matter and the name of the painting. But there was one person who was not laughing: Mama!

Trusting that Mary would do the right thing, her mother led four of the society women to Mary’s painting. They could barely get near the painting because of the huge numbers of people looking at it. Preening, her mother bragged about Mary’s talent, calling her a good Southern girl.

Then, the crowd parted, and when her mother saw the picture, she gasped, went white as a sheet, and passed out. Mary hovered over her mother, as someone used smelling salts to wake her up. She took one look at Mary and said, “How could you do this to me?”

Mary had the good graces to look ashamed, but she did not regret her actions. That paining eventually sold for the $10000 bid, and her mother never asked to see any of her paintings again!