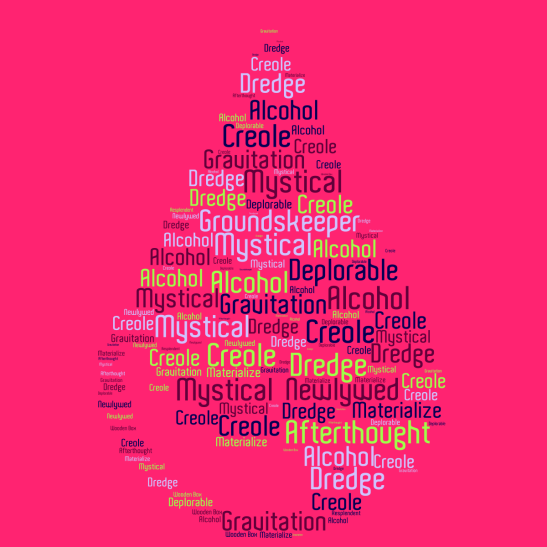 Jamison had chosen to celebrate their honeymoon in New Orleans. Kathy had wanted a more romantic place for a newlywed couple, like going to Tahiti or Hawaii. But, she went with Jamison to the Big Easy, where the Creole food and the constant flow of alcohol could not get any better, according to her new husband.

Jamison had chosen a bed and breakfast in the French Quarter, one covered with turrets, which made it look like a mystical place right out of a science fiction novel. The groundskeeper welcomed them, staring at Kathy with a strange smile on his face. Resplendent in red jacket with gold epaulets and black pants, it seemed as though he had materialized from another century.

After checking in, they were escorted to the Honeymoon Suite. When the door closed, Kathy told Jamison that she felt apprehensive, that something was strange about the place. She wanted to leave, just give up the money and go somewhere else. But Jamison dismissed her fears, assuring her that nothing was amiss, and telling her that he was not going to forfeit that kind of money.

Later in the night, thunder could be heard, and Kathy awoke feeling the tingling in her arms that happens when lightning strikes nearby. She tried to cut on the lights, and they did not work. She started to get out of bed, but as an afterthought, snuggled closer to her husband, who could sleep through anything.

But she felt a gravitational pull toward the door. She opened the drawer next to her and found matches and marbles, but no flashlight. Grabbing her robe, she sneaked out of the room, feeling as though she were being led by an invisible presence. She was determined to learn what was happening here.

At the pond on the property, she saw a wooden box that must have been dredged from the waters. It was in deplorable condition, but she felt the urge to open it. Suddenly, a light issued out of the box, surrounding her, and she felt herself being transported through space. Horrified and terrified, she started screaming for Jamison.

But, it was too late!