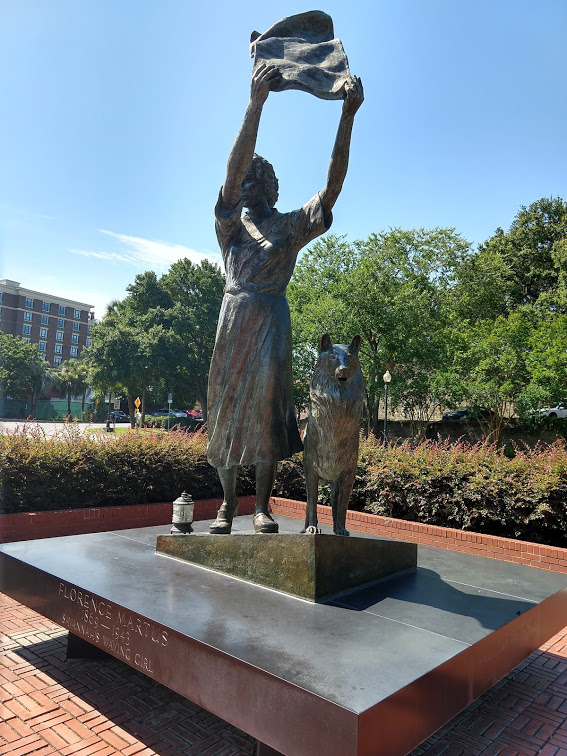 I love America! It’s my home, born and bred! It’s, unfortunately, imperative that I state these facts from the beginning, so that no one feels the need to tell me to “go back where I came from.” I know that I may lose some followers, but this is a post that I have been putting off writing.

Remaining silent doesn’t begin to lift the burden from my conscience of seeing protesters of all races around the world once again advocating for equality of treatment for black people in America. One hundred and fifty-seven years after the end of slavery and fifty-five years after the Civil Rights Act, we see echoes of voter suppression in the state of Georgia.

I became cognizant of the fact that in white areas of the city, there were no waiting lines of consequence to voting last week. But, in predominantly black polling sites, the waits were so bad, up to six hours, that many people gave up and didn’t vote. Voting machines didn’t work, and because so many polling places in black communities have been closed, the few places for people of color to vote become easily overwhelmed.

The lack of polling places is meant to prevent blacks voting, especially as they tend to vote Democratic. This is an affront to the American belief written in the founding paper: all people are created equal.

Once again we as black people are in the wilderness of pain and suffering, watching as our young men and women are killed indiscriminately. In many urban areas, the brunt of Covid-19 has hit black communities already ravaged by the lack of equal access to healthcare. But another issue was the numbers of young blacks that work in jobs not suitable for telecommuting.

And when I saw that the President of the United States had planned a reelection rally on the date and in the city of the worst racial violence in American history, a date in which blacks celebrate their freedom from slavery, my soul became weary at the attempt to divide the nation along color lines. Even though now the rally has been moved to the next day, the message to his base has been received: I stand with you in your racist beliefs of the inferiority of those “sons of bitches.”

So, here we are again, in another wilderness situation, protesting and asking for fairness and equal treatment under the law and by the law, and a chance to have our voices heard in the ballot box. I abhor the looting and violence, for those have never been answers.

But, I also realize that I, along with many others, underestimated the consequences of 55 years of social change that culminated in a black presidency and the anger that would follow in its wake. I have been advantaged by the changes in where we could live, shop, eat, work, and marry across the color line.

Blinders were on my eyes, and I thought that we were nearly there as a people and nation. But I was wrong! Though my soul is weary, I still believe in what America can be, and I am holding on to that faith, because I have grandchildren and great-grandchildren whom I hope will grow up in a better world, one in which I don’t have to teach them, especially the boys, how to act to come home alive at the end of the day.

Fandango prompt is Cognizant. Ragtag prompt is Wilderness. Word of the Day Challenge is Begin. Your Daily Prompt is Conscience. The Daily Spur prompt is Echoes.

12 thoughts on “My Soul is Weary, But I am Still Holding On!”