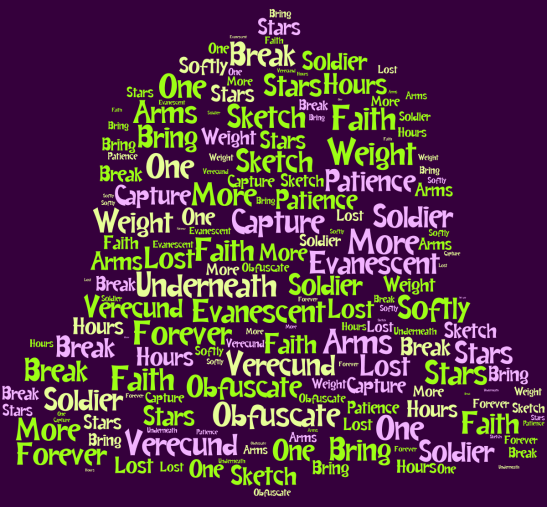 Meghan sat alone underneath the tree during the conference break, not interacting with the other attendees. She had been verecund since being constantly criticized by other students when she was still at school. A particular incident had remained fresh in her mind for all these years, one that nearly made her forever lose her faith in people.

One night, she had been sitting for hours on the back porch of her home trying to sketch the stars in the sky. She had wanted to capture their beauty. Then, her neighbor, Royce, who had been watching her most of the evening from his house across the street, came over. With his arms crossed, he seemed solider than usual, and he was a big guy.

She had been lost in her drawing, but when she became aware of his presence, she softly asked him what he wanted. He had started talking about how the moon was a better target, obfuscating the answer to her question. With her evanescent patience, she had told him that she wanted to be alone.

But, he told her that she needed to be more “affectionate” to the people around her, like him, people who could bring her more friends. He had reached out to kiss her, and with all the weight she could muster, she had pushed him down the steps and ran inside her house.

He had stood in her yard screaming obscentities and saying that she should have been honored that he had tried to be friendly, because no other boy ever would. When he finally ran out of horrific things to say about her looks, he had crossed the street to his own home.

Trembling with gratitude to have avoided a bad situation, Meghan, nevertheless, cried at the cruelty of his words. Those words had haunted every relationship she had entered, until the day she realized that Royce was a loser speaking from anger and frustration, and that she couldn’t let his words keep her from ever believing in her own value and worth.

Fictional story written for Wordle #200, a milestone. This week, there are twenty prompt words in honor of the 200th challenge, all are in bold print. We are to write prose or poetry, using at least 15 words. But as an overachiever, I had to use all twenty, to be at peace! I am working on changing!