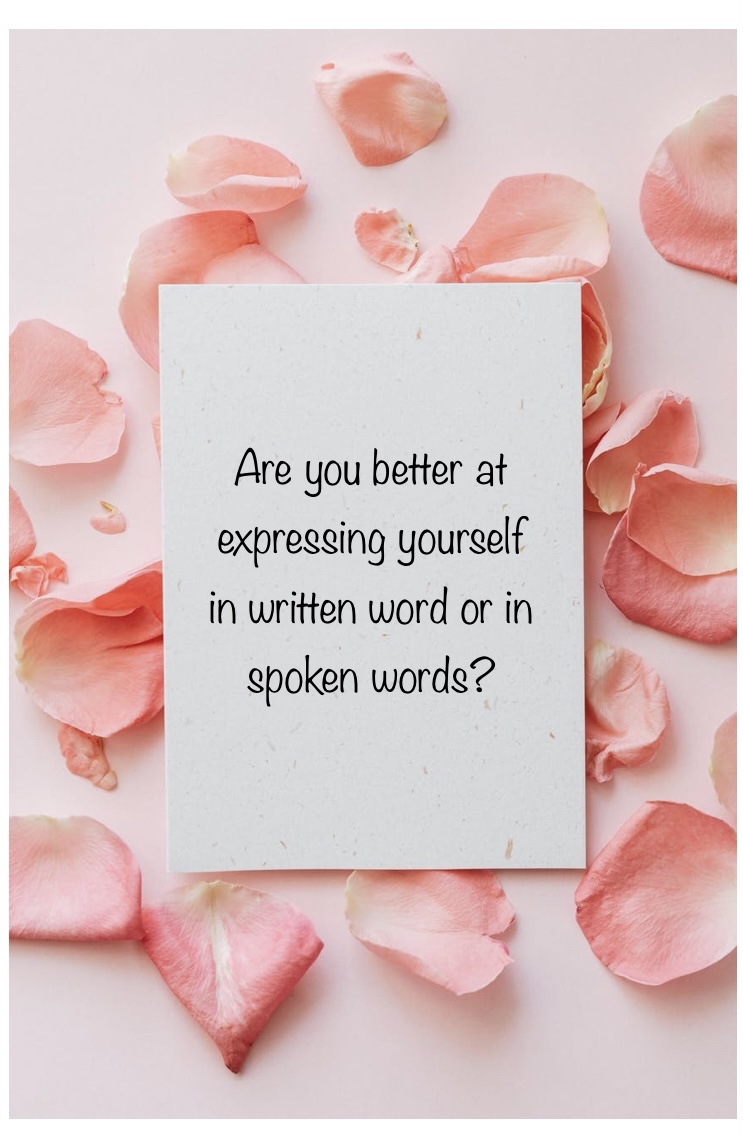 As a double survivor of domestic violence, I hate confrontations and arguments. Therefore, writing is better for me, whether it is a love note or criticism on a student’s work.

I learned as a college professor that criticism is better received when written down than when spoken. Writing on an essay what needed to be changed and improved seemed less confrontational to some students. They would come to office hours with constructive questions, which was preferable to angry words and gestures when they heard the criticism.

I am the same way, mainly because when I hear criticism, even construtive criticism, I feel the words deeply in my spirit and start to think that what people really mean is that I am not capable. But to see the words and have time to recognize the mistakes is just easier for me and so much less soul-stealing.

So, I decided as a first-year professor to always write something positive before I got into what was wrong, and to ensure students of my faith and belief in their abilities to meet the challenge. Then, I would write that I was available to help and answer questions. It worked nearly every time, but you always have the students who think more highly of themselves than they should and refuse to think that they are wrong. These are the students that I made sure someone was present when we talked, to avoid misunderstandings and charges that I didn’t like them.

Written for the Sunday Poser #16 from Keep It Alive.